Experenti at Smau Firenze: thanks to everyone!

Thanks to all the people who came to meet us yesterday at Smau Firenze: as usual it’s been a pleasure to talk in front of an active and interested audience.

Below are some pictures taken during the workshops by Amir Baldissera and Barbara Bonaventura: full rooms and a loving public, we couldn’t ask for more!

Barbara and Amir will be waiting for you at Smau Milano, after the summer pause, for the last roadshow stage: they will talk once more of marketing that works, augmented reality and…Experenti, of course!

Continue to follow our news on augmented reality here on the blog and on Experenti’s official Facebook page.

We are very happy to announce that Experenti has been selected between the 6 finalist projects that will be presented at Web Marketing Festival 2015 in Rimini (Italy)!

The competition was huge and prepared, so we are even more proud of being selected.

During the two days of festival we will have the possibility to present our project in front of a public made of the most important professional of the italian digital world, of investors and experts, that will be able to chose to support our idea. Moreover, we will compete to the win of a prize offered by one of the sponsors of the event, the company SiQuri.

We’ll be waiting for you in Rimini the 19th and 20th June at the Europe’s most complete event dedicated to Web Marketing: 22 themed rooms and 120 speeches, and also an area for the most innovative projects, between which you’ll find us too.

You can sign up for the event on the official site, and don’t forget to follow it on social media searching for #wmf15!

News: Experenti wins the Prize for the Best Innovation Internship

We are happy to announce that Experenti won the Prize for the Best Innovation Internship in collaboration with University of Padua and Confindustria.

Research and successful stories start from training, and we know it good. Experenti collaborates with the University of Padua for the development of avant-garde marketing methods, using a team of specialists and professional researchers in the new technologies and frontier of advertising.

More than 150 students were involved in the twelfth edition of Stage.it, the Career Day organized by Ict Lab of Confindustria Padua to promote high level training in Ict, in collaboration with PST Galileo, University of Padua and Ca’ Foscari.

Our company was choose between 141 projects and won the “Prize for the Best Innovation Internship“: impossible not being proud of this.

SEER: the new AR headset reaches its goal on Kickstarter 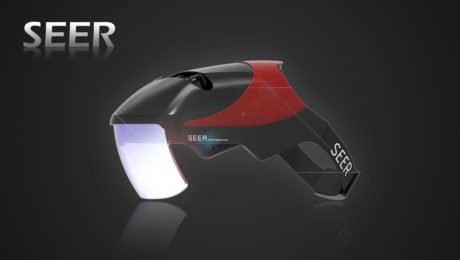 Day after day there are always more news in the Augmented Reality field, but many technologies (one among all, Microsoft Hololens) are yet in development phase and we will not see them before some years are passed. For the joy of all those who can’t really wait anymore, Caputer Labs thought to put a remedy to this problem.

Last month at CES the company presented a new project: its name is SEER, it’s an augmented reality headset based on mobile technology, and it is low-cost and low-technology. SEER has been launched on Kickstarter only in January and it has already widely reached and passed the $ 100,000 goal that Caputer Labs set: at this moment the campaign, which will end in about a week, arrived to almost $ 120,000.

How does it works? Basically, the headset, that how we already said is based on mobile technology, project the screen of a smartphone on the front transparent glass, placing real and virtual images one on top of the other and transforming the experience in augmented reality. All this reaching, for the first time in this technology, a 100° FOV. This system, which reminds Google Cardboard, allowed the company to maintain a low technological level (it’s just a system of mirrors and reflections) and a very competitive price; in fact it’s just $ 119 per headset, since the true technological part is the smartphone that the user already owns. Talking about the commands: SEER also supports a variety of inputs, ranging from regular video game controllers and joysticks to Leap Motion sensors. You can also control it by simply shaking your head, moving left and right to scroll through a menu.

For now, SEER’s uses are limited, but there’s already the thought of new developments; in the while, if you want one, you can book your headset on Kickstarter still for a week.