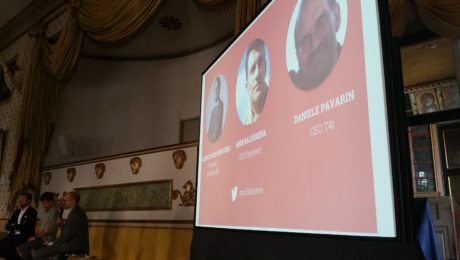 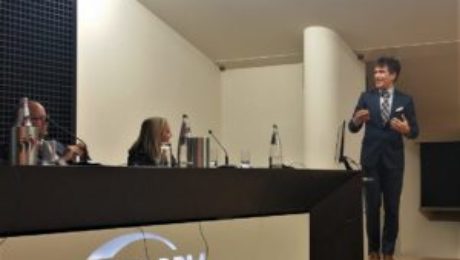 A platform helping agencies, brands and publishers creating their own augmented reality contents? Yes, that’s right: its name is Plattar and it is what an australian startup promises, now helped as well from a big investment by the colossus News Corp.

The news was in the magazines all over the world: News Corp Australia, australian division of one of the four USA communication giants, invested $843M in the startup to make a step inside the field of augmented reality.

Plattar is a cloud-based platform made of two parts: the first is an app builder equipped with multiple customizable templates and the second is a content management system for AR content. News Corp invested in this second one.

A trial project shows the potential of the technology directly on News Corp products: Plattar used the platform to create a “brand new customer experience” in which the users can scan News Corp publications for properties and then use augmented reality to see the 3D results inside the map.

The reasons that made News Corp Australia invest in Plattar, anyway, are far from the mere passion for avant garde technology, and decisively closer to reality; the company, in fact, needs new projects to help their business rise back: last data show a 20% less in its revenue, -3% coming from the newspaper field. Thinking about what is said about augmented and virtual reality, it’s clear why they chose to make a big investment right here: a report by DigiCapital predicts the AR market will be a US$150 billion industry by 2020.

Excellent period for German automotive market and its embarking in augmented reality: after Volkswagen, in fact, it’s the turn of the auto component manufacturer Bosch.

While Volkswagen few weeks ago started its experiment with smart glasses in its Wolfsburg branch (with big hopes to make them soon 100% operative), just few days ago came out the news of the acquisition of a stake in the augmented reality startup Reflekt by Bosch. Bosch itself published the news.

The world of automotive and the augmented reality one seems to go together thanks to the big advantages that this new technology can bring inside the production factories: thanks to smart headsets, the workers have the possibility to see production and assembling instructions directly in front of their eyes, remaining at the same time with hands free from devices or manuals.

Hans-Peter Meyen, Bosch spokeperson, thinks exactly this: “In the future, augmented reality applications will be used in many areas of our lives. In the industrial sector and the automotive aftermarket, AR applications will save time and reduce costs”.

The pact between Bosch and Reflekt is not completely unexpected: the two companies during last two years already experimented a winning partnership, that involved the introduction of augmented reality in the development of production, service, training and marketing applications inside Bosch’s productions; Wolfgang Stelzle, Reflekt’s CEO, says about this: “We are convinced our long-term partnership with Bosch will be strengthened by this investment. The reputation and market position of Bosch will accelerate our international expansion and product development.”

Experenti is among the 100 most innovative Italian startups for StartupItalia!

We are very proud to announce that Experenti has been chosen again by StartupItalia among the 100 most innovative Italian startups!

StartupItalia from two years had been monitoring the ambient of startups and innovative ideas in Italy, and every year, as a result of their research, they publish a list of 100 startup chosen on the basis of different criteria, from the innovation one to the value added from the project to the startup ecosystem; this year they organized also the unmissable Open Summit, held on the 14th December in Milan.

Experenti took part to the Open Summit as innovative startup, part of the selected list. It’s been a good occasion to meet colleagues and representative of other startups, and to wish everyone in advance an happy festive period.

We want to thank StartupItalia for including us in this list and all those people that everyday believe in our project!

You can find the list of the 100 selected startups on the official blog: Ecco le 100 startup migliori del 2015 secondo noi

We are very proud to announce that Experenti has been selected among the 8 finalist projects of the startup competition promoted by Giovani Imprenditori di Confindustria in the occasion of the Capri meeting, this year dedicated to the Italian Heritage.

The competition will take place Saturday, October 17, 3pm, at Grand Hotel Quisisana on the marvellous Island of Capri, and it will consist, for every finalist, of a 3 minutes presentation pitch followed by 2 minutes Q&A; it will be the occasion to present the projects to the entrepreneurs taking part to the event.

The startup competition will be part of a biggest event, the Capri meeting, an annual appointment organized by Giovani Imprenditori del Sud, this year at its 30° edition, that will take place at Grand Hotel Quisisana October 16 and 17.
For this edition the theme will be “Italian Heritage”:

“We have an enormous heritage. We have to use it the best we can.
It is the Italian Heritage.”

The event is open to everyone and free; if you want to meet in person our team you can register here