NEC develops ARmKeyPad and transforms your arm in a AR keyboard

Every technology fan knows the problem: to have all your app always with you means to walk around carrying many devices, sometimes even big, e.g. tablets. And if we tell you that in few time you will be able to say goodbye to bags, backpacks and cases?

That’s what will happen soon: the times of busy hands could be at their end since a group of japanese researchers are working on a system that will transform the human arm into a tablet, complete of comfortable keyboard and maybe an app interface. The company is the NEC Corporation and recently announced the creation of the system “ARmKeyPad” that, using augmented reality, projects a keyboard on the arm of the user, leaving his hands free for other uses.

The ARmKeyPad is made of two elements: a pair of eyeglasses and a smart watch; the glasses display the keys on the arm and detect the finger movements, while the watch changes the keyboard visualization tracking the wearer’s motion.

The device is made thinking mostly of the work ambient; in fact, among the strong points that the company highlighted, there are the fact of offering more advantage over other wearable devices that are operated via voice recognition, since they can’t be used in loud environments (as factories and workshops), and also that the workers don’t have to carry around any remote.

Shin Norieda, one of the researchers at NEC, said: “I wanted to make a keyboard of the body so I created this device for people who work in maintenance or factory jobs; they can just go hands-free.”

For the moment NEC didn’t give any sure release date or price of the double device, but revealed that its team is working on it to be released during 2016.

HoloLens and augmented reality in space: the opinion of ISS’ astronauts 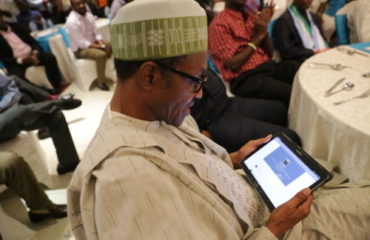