Microsoft HoloLens: this is what you actually see

When we saw Microsoft HoloLens in action with Minecraft at E3 last June, we were surprised and amazed from what they showed us on the stage: that was exactly what we were expecting from the best augmented reality headset we could imagine, and it was just breathtaking.

But those who tested live the device noticed that the experience isn’t exactly what we thought watching it from our screens: now Microsoft released a video showcasing the headset’s uses at Case Western Reserve University and finally the actual field of view is revealed…and, unluckily, it seems we have to reshape our expectations.

In the video, created to show the possibilities of using HoloLens and augmented reality for studying medicine, we can see how the students can see through the headset the human body parts and study the problems virtually, without putting at any risk the patients lives.

Of course, the use is awesome, but for the first time we also realize what exactly is the vision of the wearer: it is clear that there’s a bit limitation to the field of view that the user can have while using HoloLens; it seems to be an augmented reality “window”, that appears to take up about half of the screen, occupying a rectangle in the middle of the glasses’ field of view, and in the remaining part there’s just the real vision. This isn’t so much noticeable when the augmented reality objects are seen from afar, but it is very clear when they are near and right in front of the user.

Even for an incredible project as Microsoft HoloLens, at this time used also in space, there’s still a lot of work to do: we are sure that soon it will be as good as we imagined. 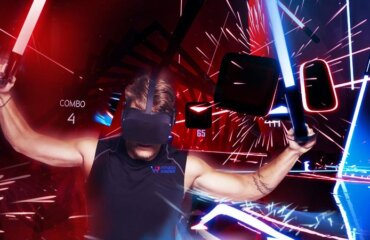