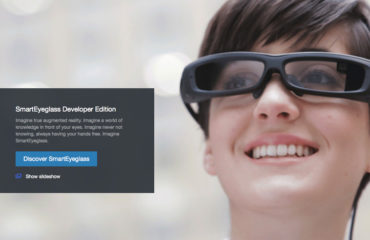 Sony SmartEyeglass and Attach: the Developer Edition will arrive in March